Rather than an actual sub-genre, Hard Science Fiction is more of an umbrella label that can encompass works which may or may not fall under the purview of other classifications.  Works are often defined as Hard or Soft science fiction aside from other sub-classifications.

Hard Science Fiction is any work which places an emphasis on scientific accuracy.  Often, authors of hard SciFi go to great lengths of research and place limitations on their narrative to ensure that the technology that appears in their stories are plausible.  This is not to say that we must possess the knowledge or means to produce these technologies, but rather that the theoretical scientific applications behind the technology are accurately represented without any leap of faith.

On of my favorite examples of hard science fiction is The Forever War (1974) by Joe Haldeman.  While definitely both military science fiction and space opera, first and foremost this book is hard science fiction.  In this tale, humanity enters into a war against the alien Taurens in 1997.  The protagonist fights throughout the war that lasts for over 1,000 years. Because of the relativistic theory of time dilation only four years pass for him due to continuous travel at near the speed of light.

On the opposite end of the spectrum from hard SciFi, Soft Science Fiction encompasses stories which focus much less on the actual science of their settings.  Although there may be advanced technologies, the working of these are more assumptive.  The focus of soft science fiction often lies more in possible social systems in the future, or may even be a lens through which to analyze our own contemporary social systems.  In other cases, soft science fiction is simply more concerned with the narrative or characters than the science behind the setting.

Frank Herbert’s Dune (1965) and the subsequent series are great examples of soft science fiction.  Rather than spending time developing and explaining how the advanced technology which appears in these books operate, Herbert focuses on intrinsically crafted future cultures and societies.  Dune and it’s offspring are in-fact crafted on such a broad scale with such minute attention to social details as to defy further classification.  Social Science Fiction comes readily to mind, of course.  The Dune books are also full of pseudo-mysticism to the point that one might even call it Science Fantasy.  It is most often accepted as being a Space Opera.  The debate on true classification of the Dune series continues to this day, and many simply shrug this off and cite the series as the first – and only – work in the Spice Opera sub-genre (referring to the spice Melange, which plays a central role in the series).

Space travel, interplanetary exploration, and even interstellar war are common themes explored in the sub-genre of Space Opera.  The defining characteristics are stories set primarily in the process of space travel or that involves multiple locations between which space travel is necessary.  Stories in this vein may fall under either hard or soft science fiction definitions depending on the focus of the particular narrative.  Space Opera works often overlap with military science fiction as they both may explore the possibilities of war between space-faring civilizations. 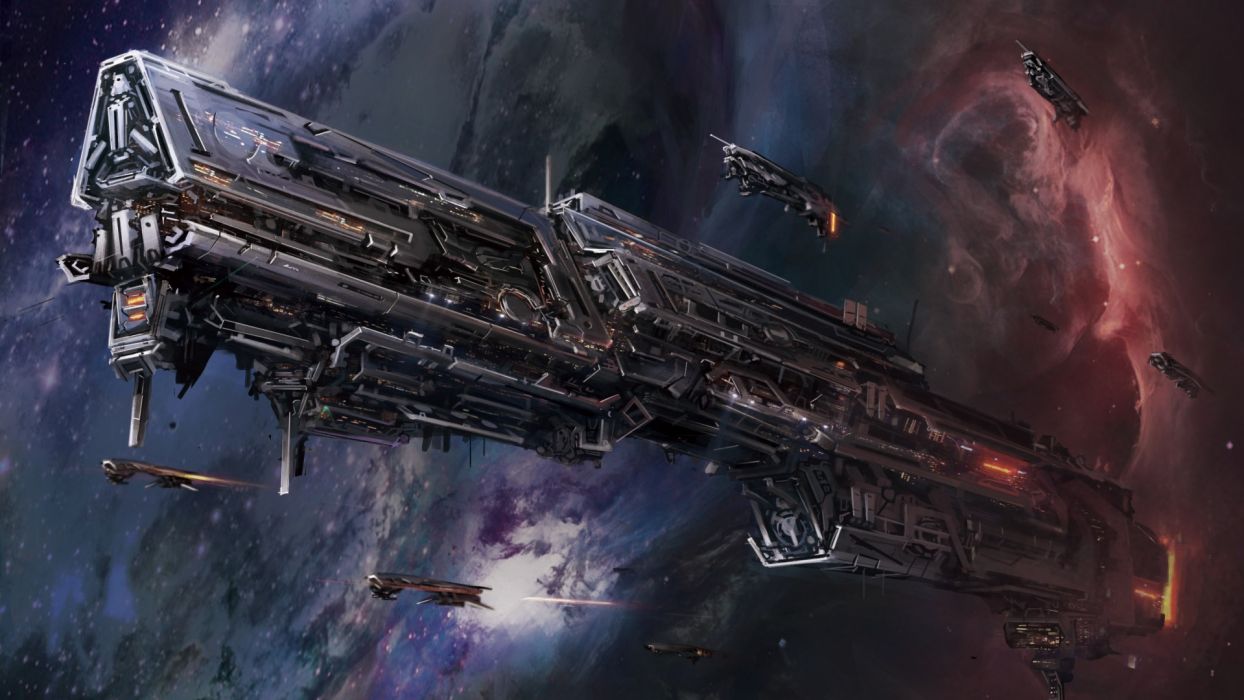 Early forms of prototypical space opera appeared as early as pulp fiction magazines themselves.  The work most often recognized as the origin of true space opera is The Skylark of Space (1928) by E.E. “Doc” Smith, published in Amazing Stories magazine.  The same author continued to develop the traditional space opera in his Lensmen series.  These early works were often soft in their approach to technology, and the stories themselves were often optimistic and flamboyant.  By the 1950’s, the genre had begun to be critiqued for it’s extravagance and flair for the overly dramatic.  From then throughout the 1970’s, an evolution of the genre occurred.  Epitomized by the film franchise Star Wars, the new space opera disdained the old swashbuckler in space feel for a more grim, gritty, and realistic take on future space exploration.  Newer works of space opera also trended towards a more hard science fiction approach.

The focus of Military Science Fiction is on the use of future technology as it applies to war-fighting.  The focus is on the vehicles, weapons, armor, and tactics of future warfare.  Characters in military science fiction are normally active members of some sort of armed services, and often the stories may explore the lifestyle of military personnel.

Some of the most notable examples of military science fiction are Robert Henlein’s Starship Troopers (1959), Joe Haldeman’s The Forever War (1974), and David Drake’s Hammer’s Slammers series.  One of my personal favorite entries into the genre is the Legacy of the Aldenata series, also known as the Posleen War Saga, by John Ringo.  John Ringo also collaborated with David Weber on the Empire of Man series (begun with March Upcountry {2001}), which fused Ringo’s military science fiction expertise with Weber’s space opera leanings.  David Weber himself is famous for the Honor Harrington series, which in itself is a wonderful blend of military science fiction and space opera which focuses on naval-style operations in a space-faring fleet.

Social Science Fiction, a term created by Isaac Asimov to describe some of his own work, is science fiction concerned less with technology and more with the social conditions portrayed within the work.  This definition correlates with soft science fiction, although soft science fiction may or may not focus on examining social situations.   There are exceptions to the rule, but they are relatively rare.

The Time Machine (1895) by H.G. Wells is an early example of social science fiction, as the future shown describes two divergent human civilizations.  Other notable examples of social science fiction are Fahrenheit 451 (1953) by Ray Bradbury, Nineteen Eighty-Four (1959) by George Orwell, Slaughterhouse-Five (1969) by Kurt Vonnegut, and The Probability Broach (1981) by L. Neil Smith.  There is also a newer movement of young adult dystopian science fiction made popular by the likes of The Hunger Games (2008) by Suzanne Collins, The Maze Runner (2009) by Veronica Roth, and Divergent (2011) by James Dasher. 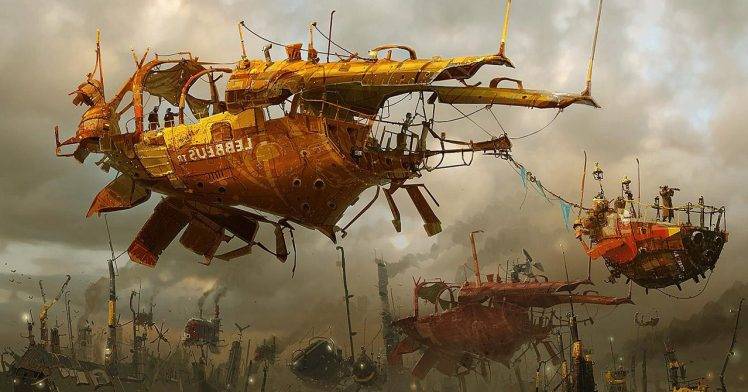 This wraps up our look at the more broad terms defining categories of science fiction literature.  Next week, we will dive into more specific sub-genres such as Post-Apocalyptic and Planetary Romance.  In the meantime, be sure to check out last week’s article on the History of Science Fiction if you missed it.  For more science fiction genres, take a look at Everything ‘Punk for cyberpunk, biopunk, steampunk, and more.  Finally, be sure to take a dive into exploring the worlds of fantasy in The Fantasy Genre Part One, Part Two, and Part Three.

Until then, happy reading and keep exploring new worlds! 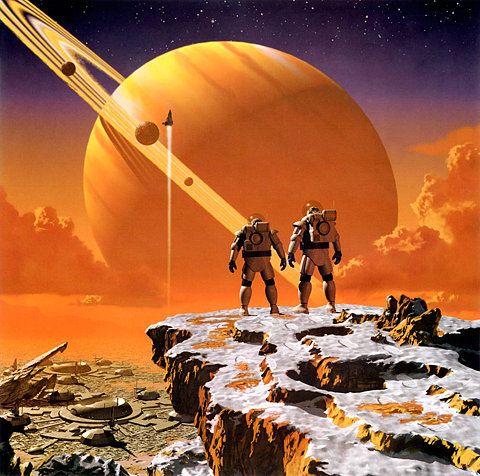 B.K. is a full-time author of science fiction, fantasy, and horror inspired by the pulp fiction magazines of the early 20th century.  He is a student of history with a lifetime of experience in a variety of industries.  He also served in the U.S. Army.