Do you love fantasy literature?  Do you know where it came from, or how it became what it is today?  Is there a particular sub-genre that you prefer over others?  Do you know how many different kinds of fantasy genres there are, or what they are?

Navigating the murky waters of fantasy literature and its accompanying sub-genres can be a daunting task, especially for the newcomer.  I hope to shed some light on the darkness, and reveal what may be some hidden wonders. 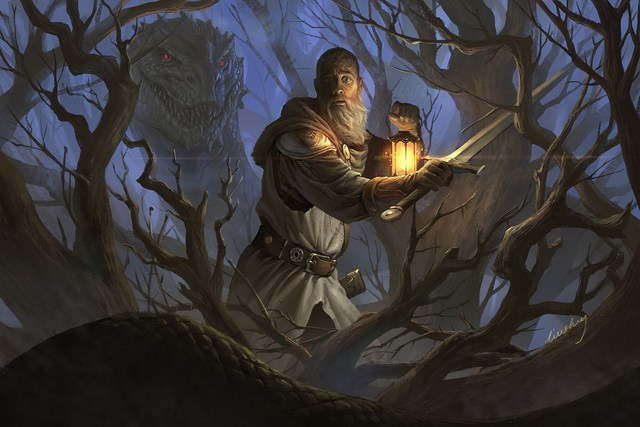 In this first of a three-part journey, we will take a look at the broad strokes of what the fantasy genre is, how it developed, and some notable examples of authors and their work that shaped the genre we all know and love today.  But, first, we must answer one important question:

What is fantasy literature?

Fantasy is a genre of fiction set in a fictional universe, often without any locations, events, or people referencing the real world. Its roots are in oral traditions, which then became literature and drama. From the twentieth century it has expanded further into various media, including film, television, graphic novels and video games.

Fantasy is a subgenre of speculative fiction and is distinguished from the genres of science fiction and horror by the absence of scientific or macabre themes respectively, though these genres overlap. In popular culture, the fantasy genre is predominantly of the medievalist form. In its broadest sense, however, fantasy consists of works by many writers, artists, filmmakers, and musicians from ancient myths and legends to many recent and popular works.

– from the Wikipedia article on Fantasy (artistic genre)

This is a difficult subject to wade into, and even more difficult to master.  The reason for this is that, from a historical standpoint, fantasy literature is both the oldest and one of the youngest forms of literature in the world.  “But,” you ask, “How can that be?”

Think of some of the oldest tales told by mankind.  Epics such as the Illiad and the Odyssey, Beowulf, Gilgamesh, and The Book of One Thousand and One Nights.  All of these stories, from many cultures, all have something in common: elements of the fantastic.  They are in settings contemporary to the authors, but include supernatural and/or magical elements.  These great works of the past might be considered the birth of fantasy literature!

However, the term “Fantasy” was not used as a label for works of literature until the early to mid 20th century.  There are some works from the 19th century which have been retrospectively recognized as part of the genre.  The most important of which is probably Phantastes: A Faerie Romance for Men and Women written by Scottish author George MacDonald in 1858.  This book is considered by many to be the first fantasy novel written for an adult audience.  Prior to this, the closest there was to fantasy fiction were fairy tales popularized in the 17th and 18th centuries, which were a form of folklore intended primarily for an audience of children due to their unique blend of elements of wonder and moral lessons. In 1937, J.R.R. Tolkien published The Hobbit.  This book is considered by many to be the birth of the modern fantasy genre.  Regardless of this argument, it is undoubtedly the first work in the sub-genre of high fantasy, which dominated the rise of the fantasy genre in the later 20th century.  We will come back to Tolkien later.

Meanwhile, when did Fantasy become the genre that it is today?  The journey from isolated instances to regular occurrences began in the first half of the 20th century in the popular pulp fiction magazines.  In 1923, Weird Tales magazine became the first all-fantasy publication, although the term weird fiction was still being used at the time for the genre.

Many authors gained popularity writing stories for this and other pulp magazines, and by 1950 fantasy had cemented itself as a popular genre.  Two of the pillars of the movement were Robert E. Howard, author of the Conan the Barbarian stories; and Fritz Leiber, who wrote the popular Swords series featuring Fahfrd and the Grey Mouser.  They each are respectively considered the founding fathers of the sub-genres of Heroic Fantasy and Sword and Sorcery. Tolkien again broke ground when he published The Fellowship of the Ring in 1954.  Following up on the widely popular The Hobbit, this and the subsequent volumes in the Lord of the Rings trilogy would go onto establish the sub-genre of epic fantasy.  More notably, however, these books gained respect for the genre of fantasy with the literati of the time, who had previously viewed the genre with quite a bit of disdain. 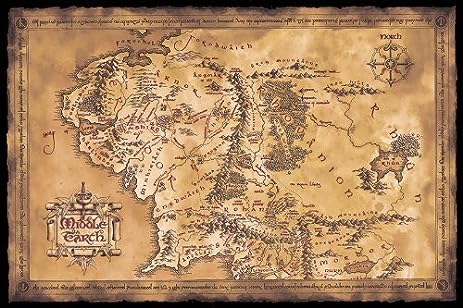 The ripples of this breaking of ground carried forward into the 1960’s and 1970’s.  Notable publications from these decades include the Earthsea books by Ursula K. Le Guin, The Chronicles of Narnia by C.S. Lewis, and the Shannara books by Terry Brooks.  This is by no means an exhaustive list, as during this time the genre became very popular and a huge number of books were published.  This popularity only rose in the 1980’s.  This was in no small part due to the popularity of the Dungeons and Dragons role playing game created by Gary Gygax and Dave Arneson in 1974, and the associated tidal wave of books published by TSR during that time.  Influential authors such as Margaret Weis, Tracy Hickman, and R.A. Salvatore – among dozens of others – rose to literary superstar status thanks to these books.  Fantasy art, on a side note (which is not intended to lessen the importance of the subject, but rather to pay homage to it) progressed quite a bit in this decade as well. 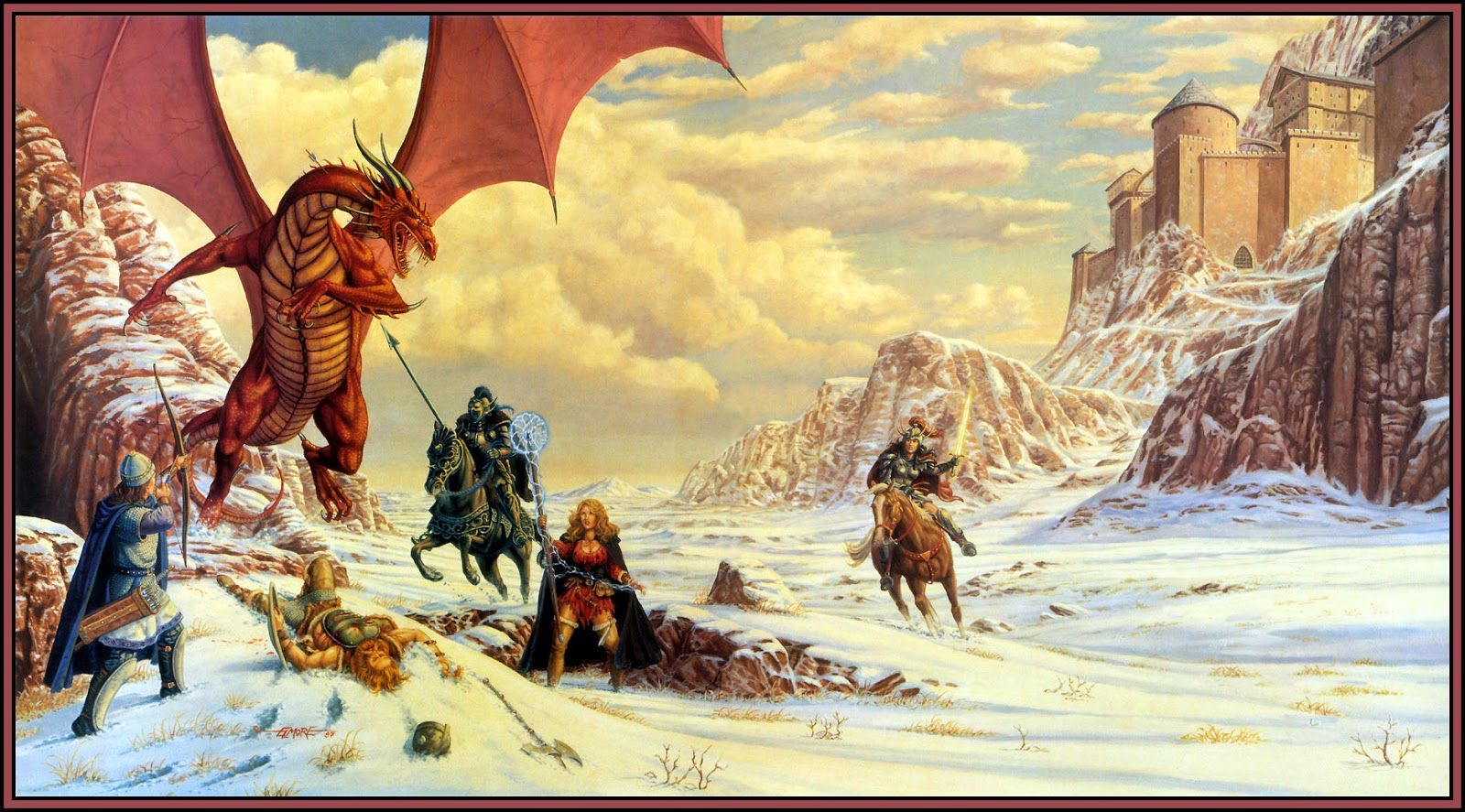 All of this brings us to what some, myself included, consider the golden age of epic fantasy.  In the 1990’s, huge multi-volume-spanning epic series were published.  Notable among these are Robert Jordan’s Wheel of Time; Steven Erickson’s Malazan Book of the Fallen; Terry Goodkind’s The Sword of Truth; and George R.R. Martin’s A Song of Ice and Fire; the last of which also broke ground on a more gritty, violent, and realistic sub-genre of fantasy known as grimdark.  Although all of these series began publication in the 1990’s, all of them continued the release of subsequent volumes well into the 21st century, and some are still as of yet to be completed!  The Wheel of Time series even outlived its author, the late Robert Jordan, and had to be completed by Brandon Sanderson, one of the modern masters of the genre.

Of course, other authors have taken up the pen, or keyboard, in the 21st century to continue this great tradition of fantastic storytelling.  Existing sub-genres, such as epic fantasy, have continued to gain in popularity.  Other new styles, such as urban fantasy, dark fantasy, and especially contemporary fantasy, have exploded onto bookshelves in the last two decades.  The success of both the Harry Potter series by J.K. Rowling and the Twilight series by Stephanie Meyer are examples of the mainstream popularity of the fantasy genre in modern times, and it would not be too bold to say these two series are largely responsible for that popularity.  The movie adaptations of both works have drawn film audiences into reading fantasy literature.

Another boon to the community of fantasy authors from the film industry was the film adaptation by Peter Jackson of Tolkien’s Lord of the Rings trilogy, as well as the HBO adaptation of George R.R. Martin’s Song of Ice and Fire as the popular series Game of Thrones.

As we can see, the fantasy genre can trace its roots far back to the early days of verbal storytelling with poetic epics such as Homer’s Illiad, but did not rise to widespread popularity until the efforts of pulp writers such as Robert E. Howard in the early 20th century.  The groundbreaking achievements of Tolkien, Lewis, Brooks, and Jordan helped the genre to grow and mature, and now intrepid newcomers such as Rowling are taking the reigns and steering the still-fledgling form of literature into uncharted waters.

Click here to continue to part two of The Fantasy Genre, where we will take a deep dive into the pool of sub-genres.  Exploring the differences between high fantasy, epic fantasy, sword and sorcery, and heroic fantasy may help you to not only appreciate the nuances of each form of the genre; but perhaps even to find new books to read of your favorite style!  And don’t miss part three of The Fantasy Genre, where we take a look at the more niche sub-genres of fantasy!