Do you love fantasy literature? Do you know where it came from, or how it became what it is today? Is there a particular sub-genre that you prefer over others? Do you know how many different kinds of fantasy genres there are, or what they are?

Navigating the murky waters of fantasy literature and its accompanying sub-genres can be a daunting task, especially for the newcomer. I hope to shed some light on the darkness, and reveal what may be some hidden wonders.

In this third section of a three-part journey, we will be looking at more niche sub-genres and sub-sub-genres that tackle very specific themes. In the first part, we looked at the history and evolution of the fantasy genre as a whole. In the second part, we examined four major sub-genres of fantasy literature; epic fantasy, high fantasy, heroic fantasy, and sword and sorcery.

This is not intended to be a complete or exhaustive list. The sub-genres featured here are ones that I feel are the more widespread or influential types of fantasy. Also, there will be examples of authors or books for each sub-genre. I make no judgement as to whether these works are the first, most important, or best quality works among their peers. They are, merely, examples. This is an editorial article, and while I try to be as informative and objective as possible, my own experiences and opinions will be represented herein.

Last time, we spent time on an introduction to sub-genres, so please feel free to take a look at that article if you have not already. Otherwise, there is a lot to cover; so let’s dive right in!

The exact definition of dark fantasy has been argued over the years, but it is generally accepted as any story with fantastic or supernatural elements that incorporate horror themes and/or a gloomy atmosphere. Also referred to as gothic fantasy, this sub-genre is usually accepted for any secondary world setting with a focus on some sort of dark supernatural threat, such as vampires.

Some use the term for stories set in our own world, but it is argued that despite the similarities to other dark fantasy works these should be considered contemporary fantasy. In all, the genre is hard to pin down with any specific tropes. It is more a sense of atmosphere; a dread mixed with the elements of fantasy.

The Sandman by Neil Gaiman is considered one of the early works of dark fantasy, as well as the Vampire Chronicles by Anne Rice.

Speaking of which, contemporary fantasy – or modern fantasy – is any story that takes place in the real world and in a time setting contemporary to when it is written, but still contains elements of magic or mythical creatures. Supernatural Fiction falls under a similar definition, without being considered a sub-genre of fantasy. The two, however, are mostly interchangeable.

I feel it is safe to say that the most popular examples of this sub-genre would be the Twilight series by Stephanie Meyers and the Harry Potter series by J.K. Rowling. Those who wish to find something more adult-oriented might look to The Dresden Files series by Jim Butcher as a good starting point.

This brings us to a sticky subject, and a pet peeve of mine. Urban fantasy is simply defined as a fantasy story set primarily (or entirely) within a city. The problem is that the popular modern trend of paranormal romance novels are being labeled as urban fantasy. While they may take place in cities and therefore also fit this genre, many now expect urban fantasy to be synonymous with these modern romances. This is not the case. Again, urban fantasy requires only that the setting be in a city. This does not preclude contemporary fantasy or paranormal romance stories, but it is not defined by them either. Urban fantasy has had a long and colorful tradition, preceding the advent of contemporary fantasy and paranormal romance by quite some decades. My favorite example of this would be the Swords series by Fritz Leiber, in which the city of Lankhmar is the key setting. The Ravencrest Chronicles, a series written by myself, are also urban fantasy as they are set almost entirely within the city of Seahaven.

What many people call urban fantasy today is actually paranormal romance. This is a sub-genre of both speculative fiction and romance. These works focus primarily on a romantic relationship as the main plot and incorporate elements of fantasy, science fiction, or horror. Most often, one will find fantastic creatures such as vampires, werewolves, magic-users, or faeries as characters of romantic interest. 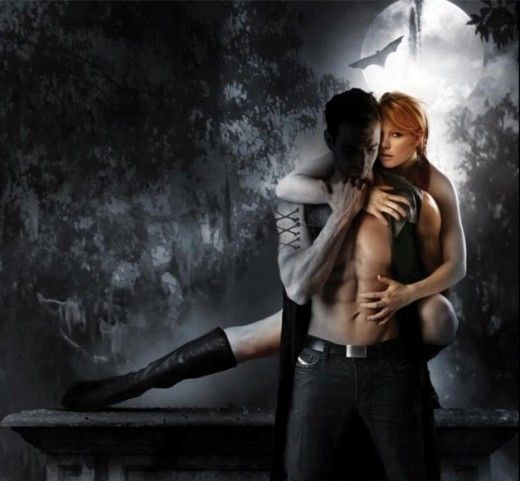 While paranormal romance works need not coincide with the definition of contemporary fantasy, they often do. There are works set in secondary worlds or historical settings, but the current trend seems to be for this genre to be set in our world in modern times.

Examples of this genre are Twilight by Stephanie Meyers, Beautiful Creatures by Kami Garcia and Margaret Stohl, and the Mortal Instruments series by Cassandra Clare.

Intrusion fantasy, also known as low fantasy, can be conveyed in one of two ways. First, it can be set in the real world where there is some sort of rare magical or fantastic element either hidden from the common people or that invades the real world. The second method is to take ordinary people from the real world, and send them somehow to a magical secondary world which could be considered a high fantasy setting. These stories are not considered high fantasy, however, because they incorporate the real world into them.

Intrusion fantasy has been very popular for many years, and appeals especially to a younger audience. This sub-genre makes use of a very powerful literary tool called the “reader’s advocate.” This tool is a character or set of characters who are unfamiliar with the setting and/or events occurring in the story. This creates a very low and natural learning curve where the reader learns about the world through the eyes of the character as the character learns about it.

Popular examples of intrusion fantasy are the Harry Potter series by J.K. Rowling, the Chronicles of Narnia by C.S. Lewis, and the Dragon Knight series by Gordon R. Dickson. The last of these is a personal favorite of mine and one of my early forays into fantasy literature.

Grimdark fantasy is exactly what it sounds like: it is grim, and it is dark. It is not to be confused with dark fantasy, which incorporates elements of horror fiction. Grimdark is any fantasy work that includes a more dystopian setting and focuses more on the grim realities of life, death, and war. It often deals with the grey areas of morality and usually carries with it quite a bit of violence.

Grimdark fantasy has been applauded for its more realistic take on the fantasy genre and character-driven stories with flawed protagonists that are easier to relate to. These stories also often include complicated political situations and do not have a clear “good versus evil” aesthetic that traditional fantasy exhibits. Examples of grimdark include The Song of Fire and Ice by George R.R. Martin, The Black Company by Glen Cook, and the Malazan Book of the Fallen by Steven Erickson.

As mentioned above, this is by no means an exhaustive list of sub-genres. There are more that I am aware of, and I am sure some that I am not aware of. Those listed are what I consider to be the most common of the fantasy sub-genres beyond the main four covered in our previous article.

I hope that you enjoyed our series on the fantasy genre! Over the last few weeks we have explored not only the origins and history of fantasy literature, but also delved into the many sub-genres it offers.

Join us next week, where we will be transitioning between fantasy and science fiction! What better way to make this move than to take a look at all of the “Punk” genres? Steampunk, Gaslamp, Spellpunk, Cyberpunk, Dieselpunk, and others. Some of these blur the lines between fantasy and scifi, while others sit firmly in either camp. I feel that this will be a good way to move into a series of articles about science fiction in two weeks!

See you next week!